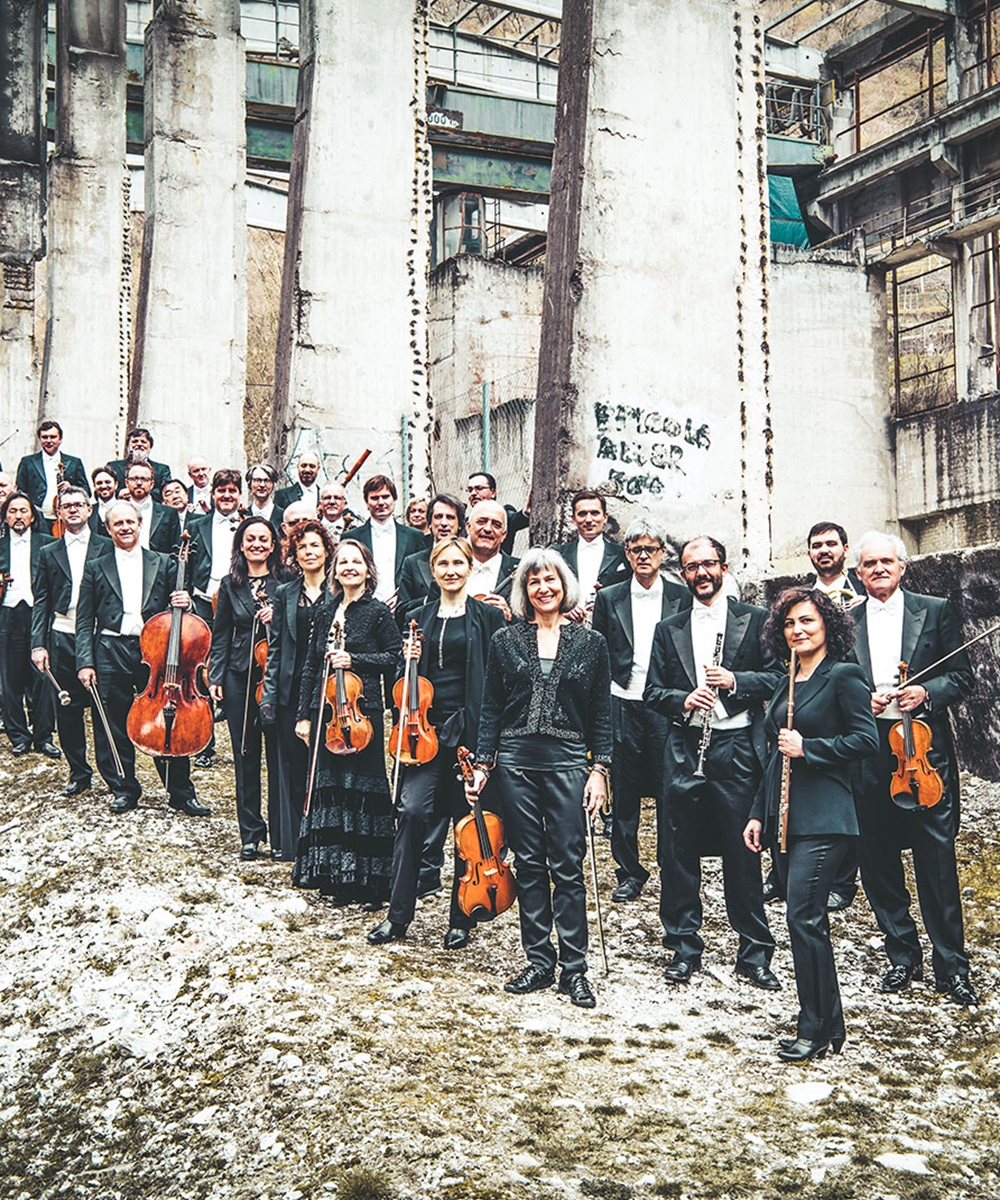 As the resident orchestra at LAC (Lugano Arte e Cultura), the OSI continues to enjoy success under the baton of Markus Poschner, its principal conductor since 2015. In recent years, it has been enthusiastically received by audiences and critics alike in major concert halls throughout Europe, from the gilded hall of the Musikverein in Vienna to the Philharmonie in Berlin, from the Grosses Festspielhaus in Salzburg to the Kölner Philharmonie in Cologne, and from the Opernhaus in Frankfurt to the Brucknerhaus in Linz. From November 2022, the Principal Guest Conductor of the OSI is Krzysztof Urbański, succeeding Vladimir Ashkenazy in this role.

The orchestra regularly plays a leading role in two main concert series in Lugano: one, “OSI al LAC”, runs from autumn to spring in the Sala Teatro; the other, “OSI in Auditorio”, takes place in January and February in the orchestra’s longtime home, the Auditorio Stelio Molo RSI in Lugano Besso.

Its wide-ranging concert programming has seen the orchestra collaborate not only with Poschner, but with various other conductors and with many internationally renowned soloists, both in Italian Switzerland and outside the region: one of the foremost of these is Martha Argerich, with whom the OSI has enjoyed a special relationship for almost twenty years. (In the past, the great Argentine pianist has chosen Lugano as the home of the project named after her.) At the same time, the orchestra has been developing a long-term partnership with cellist Sol Gabetta, which will culminate in a new high-profile annual music festival to take place in Lugano during Pentecost in 2021, 2022 and 2023.

The orchestra is equally active in the field of recording, in collaboration with Radiotelevisione svizzera di lingua italiana (RSI): having been awarded the prestigious international ICMA prize in 2018 for their recording of Brahms’s complete symphonies (SONY Classical), the OSI and Poschner continue to focus on original and intriguing repertoire with a series of CDs dedicated to previously unrecorded works by Rossini (on the Concerto Classics label). Also notable are the orchestra’s opera and ballet co-productions with LAC and with various international partners.

Finally, the OSI has a remarkable commitment to the young: every year, in May, more than 11,000 children attend concert-shows designed especially for them. It contributes to youth music education through a close relationship at various levels with the Scuola universitaria di Musica of the Conservatorio della Svizzera italiana. Open-air concerts, cine-concerts and summer festivals – including the Locarno Film Festival – round off its programming, attracting an ever-wider public.